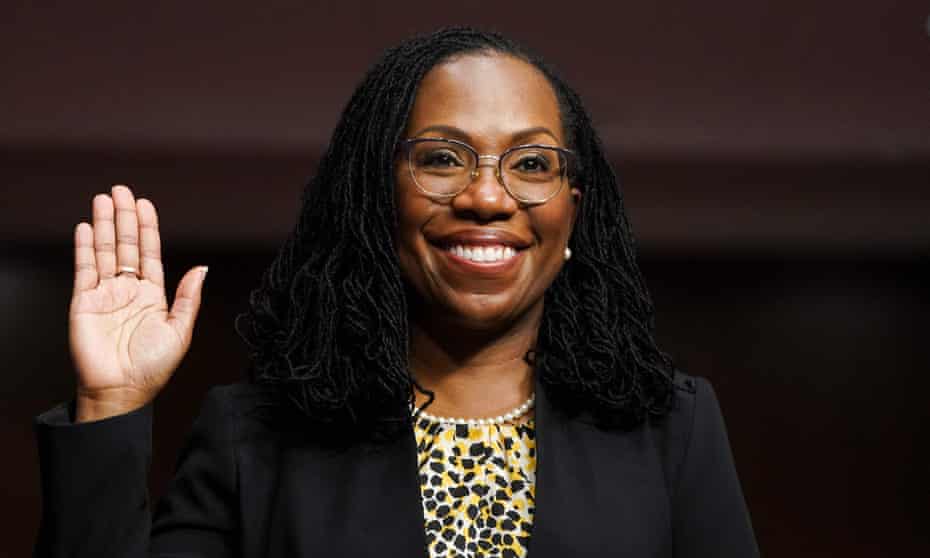 The April 7, 2022, vote by the U. S. Senate to confirm Judge Ketanji Brown Jackson as the first Black Woman Justice to the U. S. Supreme Court was historic and monumental for this nation. It is another step in the process of building blocks of justice in the United States of America.

157 years ago, on April 11, 1865, President Abraham Lincoln delivered an address from a window in the White House overlooking the North Lawn. In that message, he described the next steps for the federal government to implement the Emancipation Proclamation which he signed into law on January 1, 1865.

President Lincoln’s speech included complex strategies as building blocks toward justice for the federal government to employ during an era termed “Reconstruction.” For the first time, President Lincoln declared that he would use the power of his office to ensure that Black people would become citizens with the right to vote. Upon hearing that, John Wilkes Booth—who was in the audience—openly declared, “this is the last speech he will ever give.” Three days later, on April 14, 1865,  Booth assassinated President Lincoln at the Ford Theater.

It should not be lost on students of history that President Lincoln’s first public statement supporting Black Suffrage was made in the month of April and only two days after Confederate General Robert E. Lee surrendered, ending the Civil War.

In February 1870, five years later, the 15th Amendment to the U. S. Constitution was ratified, codifying the right of Black people to vote. While this was another important building block of justice, challenges persisted for Black voters until the next block was added. That was the passage of the Voting Rights Act of 1965.

In recent years and even in 2022, that historic landmark law has been decimated and remains under attack by virulent, right-wing proponents. To ensure that the building blocks of justice remain intact requires eternal advocacy and vigilance!

Another “justice building block” was added in 1967 when Thurgood Marshall, nominated by President Lyndon B. Johnson and confirmed by the U.S. Senate, became the first Black man on the U.S. Supreme Court. He had a stellar record as a jurist, was founder of the NAACP Legal Defense and Education Fund, and lead attorney in the landmark Brown v. Board of Education case.

Another key building block of justice was the appointment of the brilliant Judge Constance Baker Motley to the federal bench. Judge Motley, the first Black woman to serve in that role, was eminently qualified. She argued and won nine of ten cases before the U.S. Supreme Court, was one of the attorneys who successfully argued Brown v. Board of Education, represented Rev. Dr. Martin Luther King, Jr., and was regarded by legal analysts as one of the most exceptional jurists in the U.S.

The month of April is significant to the building block of justice in our nation. Kentanji Brown Jackson, standing on the shoulders of Thurgood Marshall and Constance Baker Motley, represents yet another block for which America should be proud.

Let us not forget that this latest landmark decision is the result of the heroic advocacy and legacy of untold numbers who fought for freedom, justice, dignity, and equality, and for all who dare to believe in the Bill of Rights and the solemn, sacred promise enshrined in the Preamble to the U.S. Constitution: “We the People…”

As Dr. Martin Luther, King, Jr reminds us, “the arc of the moral universe is long, but it bends toward justice.” History will record the appointment of Supreme Court Justice Kentanji Brown Jackson as a major milestone among America’s building blocks of justice!

Rev. JoAnn Watson is Senior Minister at West Side Unity Church in Detroit, and President of the Unity Urban Ministerial School Board of Directors. She is a community and social justice activist with a long history in public service. Rev. Watson graduated from UUMS in 2009, and was ordained by Unity Worldwide Ministries in 2010. She was Executive Director of the NAACP Detroit Chapter and an active member of several boards, including the Black Legacy Coalition, C.T. Vivan Leadership Development Institute, NAACP Fund for Equal Justice, and the Detroit Council of Elders. The Detroit native earned a Bachelor’s degree in Journalism from the University of Michigan, and was an English professor at Wayne County Community College in Detroit.